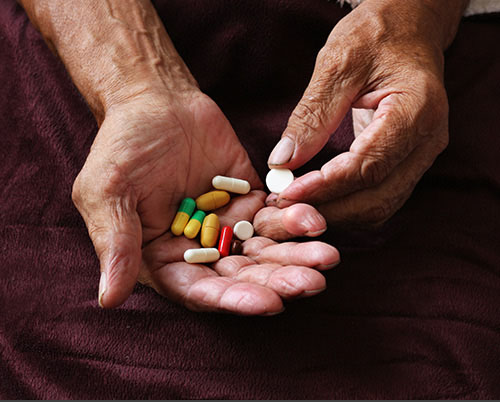 At present, the only medications prescribed to treat Alzheimer’s cognitive impairment work for roughly half of the people living with the disease. The effects also typically only last for one year at most. However, the Biogen laboratory in Massachusetts recently developed a medication that takes a different approach to reversing the effect of Alzheimer’s. The Green Valley Alzheimer’s care experts at Embrace In-Home Care discuss this new medication and how it could positively impact the lives of seniors living with Alzheimer’s disease.

Alzheimer’s develops when chemicals and the immune system no longer regulate and remove excess amyloid plaques in the brain. The communication interference and eventual destruction of neurons leads to the symptoms associated with the disease process. Some current medications serve to boost neurotransmitters, which enhance neuron communication. Another current medication eliminates an amino acid thought to contribute to plaque formation. However, the new experimental Drug aducanumab is an antibody that resolves the plaque problem with the help of the immune system.

Following successful animal trials, the scientists at Biogen began human studies. They gained the acceptance of 165 volunteers diagnosed with early stage Alzheimer’s. Divided into groups, each individual received either a varied dose of aducanumab or a placebo. The formulation was administered via intravenous infusion once each month for one year. During both the animal and human clinical trials, researchers performed PET imaging studies to evaluate the effects of the drug. In all instances, the subjects who received the experimental preparation demonstrated plaque reductions. The longer the study continued, the more effective the plaque removal process. People receiving the highest doses demonstrated the most significant changes in their cognitive abilities. The seniors receiving aducanumab also performed better on memory and thinking skills assessments.

This experimental substance travels to the brain and attaches to small, medium, and large plaque protein clumps. The immune system interprets aducanumab as a foreign invader, which provokes attack and removal. In up to 40 of the study volunteers, hydrocephalus, or fluid buildup, occurred. To ensure the treatment remains safe, scientists plan to continue trials to calculate the proper dose of aducanumab that causes the fewest side effects.
If your aging loved one needs help managing Alzheimer’s, there are a variety of alternative methods he or she can use to combat the condition. At Green Valley Embrace In-Home Care, we created a program called the Cognitive Therapeutics Method, which uses engaging activities to help slow cognitive decline and delay the onset of dementia. To learn more about the high-quality home care Green Valley seniors count on, call one of our qualified Care Managers at (520) 625-2050 today.